Home / Handmade Urbanism: A new form of participatory planning or a change in social processes? 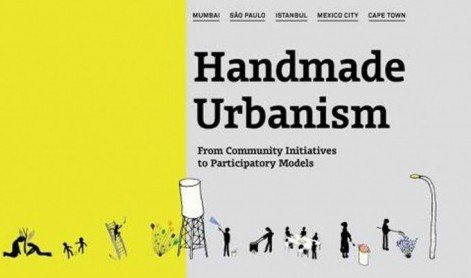 handmade : something made by hand or by a hand process, not by machine, especially with care or craftsmanship, and typically therefore of superior quality.

People have always contributed to the production and creation of urban space. The well-preserved remains of vernacular architecture in the cities are one of the most significant proofs. Vernacular architecture, as defined in Greek language (λαϊκή αρχιτεκτονική = architecture by the people) is architecture that has emerged from the tacit knowledge of residents about their environment. It has been internationally recognised as a valuable reference for the adaptability to climatic and geological conditions, as well as representative of the urban life in each chronological period in each place[1].

Nowadays, citizens are not expected to shape the space in which they are going to live. On the contrary, they found themselves into an already built environment, which most of the times presents a lot of problems. Handmade urbanism, therefore, as a new concept, expresses the urban change pursued by the residents of a neighbourhood or community, using their own means and their hands. Usually, it starts with the identification of a problem by the citizens and the subsequent implementation of an idea for its solution. These community initiatives are unique, address material or immaterial structures of the city, include elements of innovation and creativity for problem-solving, enhance co-operations and synergies and, in turn, improve the quality of life into the city.

The book “Handmade Urbanism: From Community Initiatives to Participatory Models” presents parts of 741 such initiatives in 5 cities (Mumbai, Sao Paolo, Istanbul, Mexico City and Cape Town) spotting common ground and deviations in the urban matters of every city and in the desires of the residents, highlighting the importance of alternative approaches to planning and, as put, “proving that active engagement exists even in places where the concept itself is unknown”. Through a collection of best practices, some of which not even local authorities are aware of, a network of creative initiatives for the city is created, which can become the foundation for promoting and establishing participatory planning in urban policies. 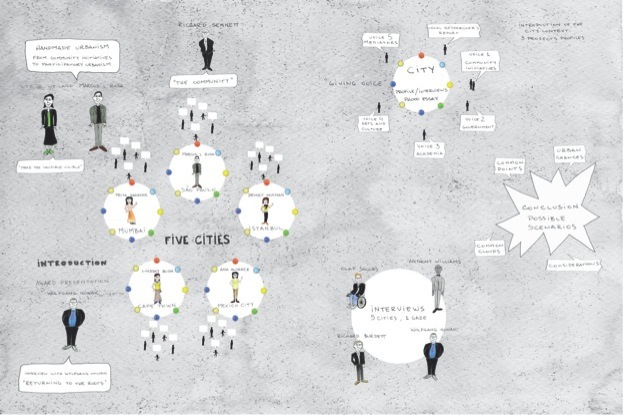 According to the book’s authors, despite the long history of discussions on participatory planning, it still remains in theory. Citizens’ initiatives are often the response to the incapacity of contemporary cities to address their problems, but also to conventional urban planning practices. Most of all, however, these initiatives strongly evince an inner desire of every citizen to develop/improve their wider settings, and to cooperate for a common cause.

As space produces a new form of participation, new residents create a diverse type of space. Therefore, by recognising the potential of citizen groups, contemporary urban planning is expected to leave space for the production of collective space by the citizens, within the context of implementation of democratic processes in the city, but also the promotion of new forms of participation and collaboration in social processes.

[1] Theocharopoulou, I 2010, ‘Nature and the People’, in Lejeune J-F and Sabatino M, Modern Architecture and the Mediterranean Vernacular Dialogues and Contested Identities, Taylor and Francis e-library, 2009, Google Books, p 111-130.