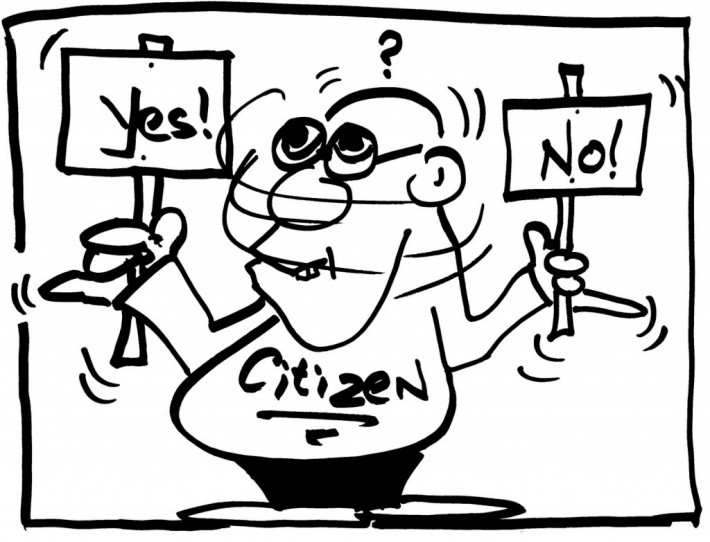 According to Jochum et al. (2005), the perception of citizenship is understood through three dominant theoretical approaches that distinguish among

Aristotle in Politics argues that city is anterior to the person. Hence, there is a natural momentum that unites people in the society. Every city represents a kind of society. In this context, the citizen represents the constituting element of the city. As Arendt (1965) clarifies, the city -the polis- does not constitute of the city-state in its physical location. The city is defined as the organisation of the people, as it arises out of acting and speaking together.

In the Greek polis, a citizen was not only expected, but obliged to participate in public and political life and this fact illustrates the difference between public life then and now (Chidister, 1989: p.32). What becomes clear out of descriptions of Chidister (1989) for Greek, Roman and medieval cities is that participation and cooperation were inextricable characteristics that supported the function and the perpetuation of the city and that public spaces, whether called agora, forum or piazza were vital and essential elements hosting these procedures.

Later on, the meaning of citizenship changed, being adapted within the social and political context of each society. Active citizenship as a term was first used by Douglas Hurd (1983) to express a discouragement of the reliance on the welfare state (Jochum et al., 2005). However, active citizenship as a term is still in a state of perpetual flux. According to above discussion, it could be claimed that the difference between citizenship and active citizenship lies on the fact that the first is attributed by the state, whereas the second is a practice, given meaning by each citizen. Since it is a practice, it is accompanied by rights and obligations and defined by responsibilities, political virtues and participation in common affairs.

As Arendt (1965) explains, men are newcomers and beginners by virtue of birth, and thus they take initiatives. The verb to act, in its most general sense, means to take an initiative, to begin, to set something into motion. Political realm lies exactly on this practice of active citizenship, since action and especially collaborative action is the one activity that constitutes it [political realm] (Arendt, 1965). What is of great interest is the fact that active citizenship seems to flourish when there is a continuing decline in formal political participation.

According to Rosa and Weiland (2013), increasing numbers of people in different cities are engaging in activities related to the improvement of their urban environment. At the same time, there is a profound avoidance of conventional ways of exercising citizenship. That, not only illustrates a lack of interest to the dominant democratic system and government, but also the transformation of the political realm and its scope.