Home / synAthina in the finalists of the Mayors’ Challenge Competition 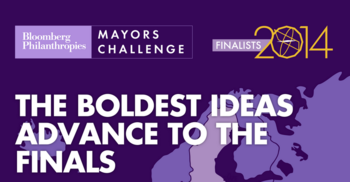 Athens is one of the final contenders in the European innovation competition Mayor’s Challenge. Athens participated with the updated form of the proposal synAthina platform that will connect citizen groups, municipal services, sponsors and researches for the implementation of small scale projects that upgrade city’s quality of life.

The non-governmental organisation PLACE IDENTITY GR – CLUSTERS is a member of the planning team that composed the proposal of municipality of Athens and one of the strategic partners for the implementation of the project as long as the proposal obtains one of the prizes of 1 to 5 millions Euros.

The aim of the competition is to promote and reward best practices that are oriented towards the tackling of emerging problems in the contemporary cities. Bloomberg Philanthropies focuses on 5 key sectors for achieving permanent change: Public Health, Environment, Education, Government Innovation, which includes Mayors Challenge, and the Arts.

From a total of 155 initial proposals only 21 made it to the final. Athens is the only Greek city among the finalists and is competing with cities from UK, the Netherlands, Sweden, Belgium, Portugal, Spain, Italy, Bulgaria, Poland and Czech Republic.

Aiming in the creation of an information network for promoting and addressing common problems, the proposals are evaluated according to their creativity and transferability. Critical issue areas that are being addressed by the finalists’ proposals are civic engagement, youth unemployment, public health, climate change, criminality and transportations. 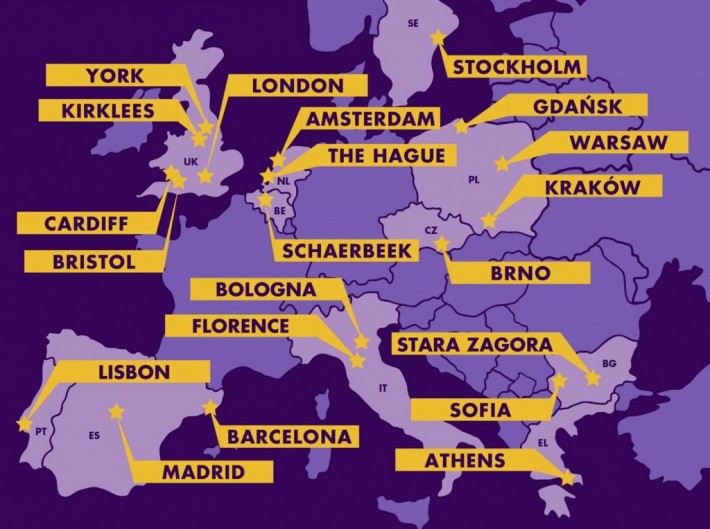 The proposed solutions distinguished for their innovative character and most of them are inspired by the use of new technologies and the citizen interactivity. Apart from Athens, other cities that focus on civic engagement are Gdansk (Poland), The Hague (Netherlands), York (UK), Kirklees (UK) and Sofia (Bulgaria). As far as the other finalists are concerned, Italian cities (Florence and Bologna), Stara Zagora (Bulgaria), Bristol (UK) and Amsterdam (Netherlands) participated with proposals that aim in fighting youth unemployment, while Barcelona, Cardiff (UK), London and Warsaw (Poland) address health and well being issues. Moreover, Stockholm, Lisbon, Madrid and Schaerbeek (Belgium) tackle climate change through interventions such as the energy production out of waste or other alternative forms, as well as the development of new ways for energy saving. Finally, Krakow distinguished due to its proposal that promotes green transportations and Brno for criminality reduction and social cohesion.

The final proposal of Athens will be submitted on 31st of July, 2014 and the results are expected to be announced within October. The implementation of the 5 winning proposals will start in 2015.