March 21st, 2015 |  10.00 – 18.00 | Ionic Centre |  Lisiou str. 11, AthensInternational Forum on Citizen Participation with prominent academics and activists from Iceland, UK, France, Austria, Egypt and Greece who innovated by “planning from  the public square to the national Constitution”!

Can we encourage and assure citizen participation in public decision making processes?

How can we facilitate the transition towards new ways of participatory governance?

The International Forum aims at exchanging social experiment practices from Iceland, France, Italy, UK, Germany, Egypt and Greece and at finding a common theoretical framework for the transition of politics into new forms of governance that allow citizen participation. 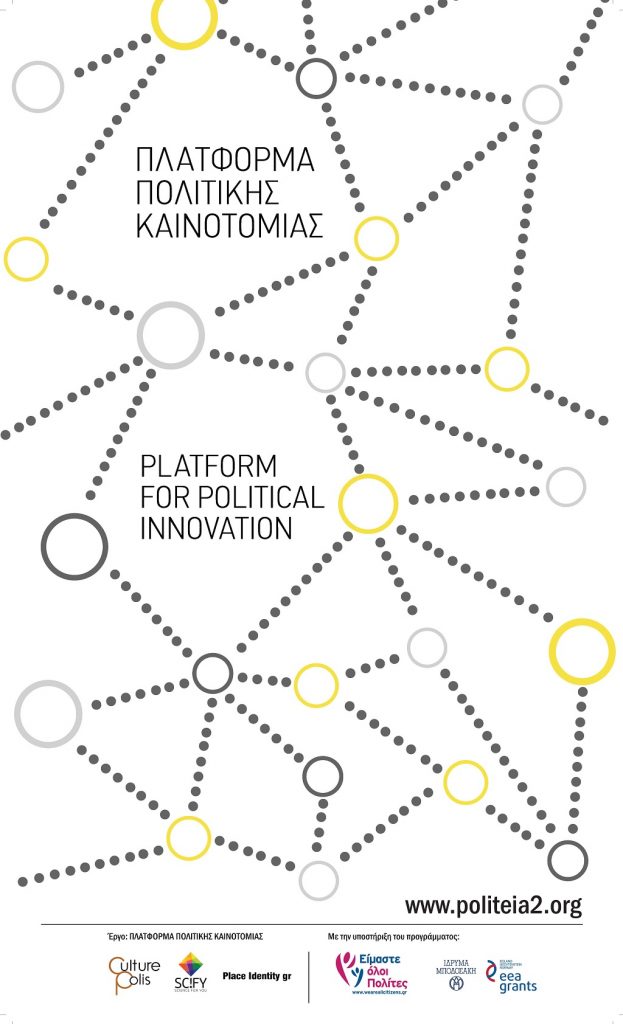 The International Forum is part of the project Platform for Political Innovation POLITEIA 2.0, led by the Greek NGO  Place Identity in collaboration with CulturePolis and Scify. The project is currently funded by the EEA grants programme “We are all citizens” managed by Bodossakis Foundation.

From theory to practice

On March 22nd, the 3d Citizens’ Constitutional Workshop SYNTAGMA 2.0 will be held in Athens, as part of a bottom-up process for the creation of a New Constitution for Greece, by the citizens, for the citizens. After two successful workshops in Athens and Messologi using the World Cafe method, the third workshop will be held at the 1st EPAL College in the district of Nea Smyrni, engaging citizens of all ages and backgrounds to imagine the State they want to live in and design the institutions that can bring their ideas into reality. The Syntagma 2.0 methodology includes a series of Citizens’ Workshops across Greece, followed by a national survey leading up to a Citizens’ Assembly for a New Constitution.